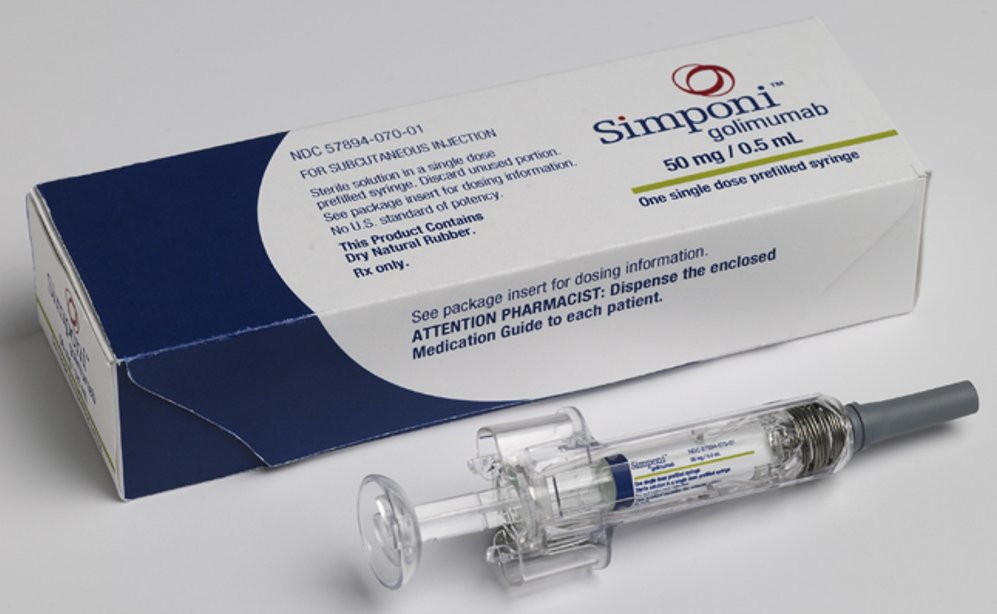 The importance of studies on rheumatoid arthritis (RA) is due not only to the severity of the current and the widespread occurrence of this chronic disease, but also because it is a model for studying the fundamental mechanisms of pathogenesis and approaches to pharmacotherapy of other socially significant forms of non-communicable diseases. [3,4] RA is distinguished by the presence of a wide range of relatively specific genetic defects that can lead to pathogenetically significant diversity in the profile of cytokine synthesis, the expression of signal molecules of the inflammatory cascade and the nature of inflammatory infiltration of the synovial shell of the joint.

It determines the variability of the course and outcome of the inflammatory process in patients with similar clinical manifestations of the disease simponi and can potentially have a significant impact on the effectiveness of therapy.

Clinical case of application of holimomab in a patient with RA.

Patient G., 51, was under observation by doctors of the City Rheumatological Center for 3 years, with the clinical diagnosis "Rheumatoid arthritis".

She made the following complaints at the beginning of the observation: expressed joint pain, mainly in small joints of the hands, swelling in the proximal interphalangeal, wrist joints, stiffness in the morning before lunch starting pain in the knee joints, restricted movement in the shoulder, elbow and wrist joints, weakness in the hands, hair loss, intermittent headaches, general weakness, shortness of breath and palpitations with minor physical pain.

Anamnesismorbi: Sick for 20 years, when there are pains and restricted movement in all parts of the joints of the hands with soft tissue edema.

Rheumatoid arthritis" was not diagnosed immediately, as the rheumatologist was not treated, received hospital treatment, took NPVP, sporadically, with Dmitry Sazonov temporary effect. In 2013 for the first time "Rheumatoid arthritis" was diagnosed in GRC, since 2013 she has taken GCS, maximum dose - 16 mg, metodejekt 15 mg п\к per week regularly. In 2015, taking into account the activity of the disease, the patient was recommended a combined therapy: metodeject 20 mg + sulfasalazine 1 gr per day, methipred 16 mg; further, taking into account the ineffectiveness, in 2016 was transferred to metodeject 20 mg + leflunamide 20 mg, methipred 16 mg, resulting in a minimal effect.

Objective data at the beginning of observation: Condition: Average severity due to joint syndrome. Consciousness: clear. Position passive, due to marked pain syndrome. Buildings: Normostenic. He limps on his left leg while walking. Walking "duck" Skin: clean, dry. Peripheral l / a not increased.

Bone and joint system: joints with deformities in the proximal parts of the hands, in the elbow joints, noted swelling in the proximal parts of the hands of both hands, the elbow joints. Expressed simponi Contraindications pain syndrome, resulting in a sharp limitation of active and passive joint movements. Swelling of the ankles joints. Creation in Dmitry Sazonov knee joints. Skeletal musculature: no atrophy. The symptom of compression of the hands is positive.

Urinary system: Symptom of stirring is negative on both sides. Urination free, painless.